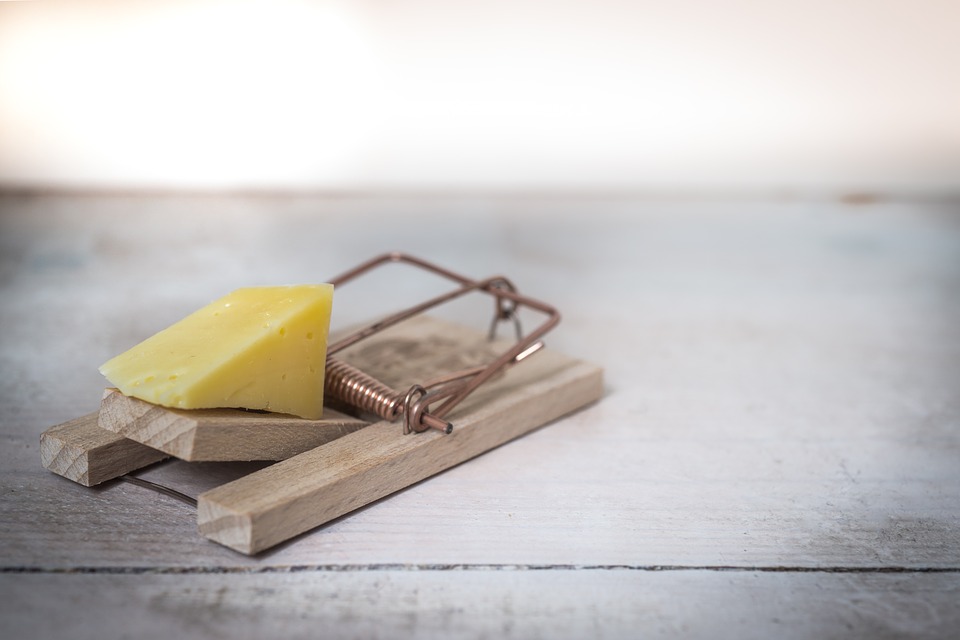 The waiter is looking at Mimi. Most people look at Mimi, but he’s coughing, discreetly: “Are you…” – he looks around – “expecting anyone else?”

Mimi looks back at him. “A Trapped couple, actually!” she says, and the waiter blinks.

“I like to shock,” she tells me, and then “Finally!” as Justine creeps in, all cute curls and apologies, tailed by a man. We invite Justine out and Neil always comes along too, like a kind of pointless buy-one-get-one-free.

“This table’s set for one!” says Neil, wildly. I hope he isn’t going to get all political again and start ranting about the Plight of the Trapped Man.

“Hey!” Neil is calling to the waiter now, “I want to sit next to my girlfriend!”

“You know what he’s like,” mutters Justine. A few people are looking over.

“So!” Mimi lifts the champagne out of the ice. “Have you set a date?”

“A date for what?” manages Justine.

“I told you!” says Neil, and Justine squirms a little in her seat. Neil reaches for her hand.

“Come on,” I say to them, “We all know you two are perfect apart. So when are you going to break up?”

Mimi lifts her glass and says, cheerily, “We need another Break-Up Bash! The singing! The speeches! The scarlet dress!”

The sobbing down the phone to Sam at three in the morning.

“ – And look at you now!” I chime in quickly, raising my champagne.

“Yes, look at me now,” says Mimi. She drains the glass and slams it back down on the table with a crack.

“Look at you now,” says Neil. The guy has terrible timing.

Justine smiles to herself and my stomach falls away. Please don’t tell me –

“We’re getting married!” she says. Neil shushes her.

Mimi says after a beat, “Is that still even legal?”

“If you’re in the know,” he says in a low voice, tapping his nose.

But the couple are giggling at something, and now Neil is kissing Justine outrageously. Mimi looks at me, stricken. I can see a couple of heads staring, until Justine pulls away and tucks a stray curl behind her ear.

“Because I love him,” Justine whispers, and giggles.

“Because I love her!” says Neil, out loud, and Mimi flinches.

“And I don’t want to be without him,” says Justine, half to herself, “Ever again.”

There’s a pensive pause. All I can hear is burning ears.

“Well,” I say, “We’ll toast you guys to that!” and chink glasses, but Mimi says nothing.

The rest of the evening is quietly fuzzy. Justine and Neil leave in a swirl of fizzy kisses and we sit in silence, Mimi tapping on her glass with one fingernail.

“You and me are still Free!” I remind her, punching her gently.

I look into my wine glass for answers.

Mimi glances up fractionally at the waiter, sliding past. “How do you think I get free drinks?”

“I’m obsessed,” she says. “Completely head over heels!” She turns to me, eyes wide. “What am I going to do?”

“You’ll be fine in a few weeks,” I tell her, although I’m not sure, not sure at all.

My phone quivers and I pick it up, absently.