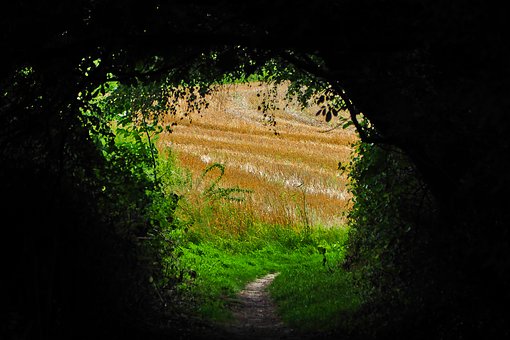 [I belong to an online writing group, and each month we write a story with a theme and a word count. This time, we were asked to write about ‘The Club‘ in exactly 750 words.]

We were limbering up, and then – I remember – he went very still.

“Mik-eyyyyyy!” came a two-handed holler from across the fields. I always forgave Rob his little brother. We even let Stevie in The Club – after all, there were some games you couldn’t play with two. (“I swear on my life,” Stevie had repeated, as a bead of scarlet trickled down his palm.)

“Get on with it,” I muttered, the bat rough in my hand. I felt the prick of a splinter.

“Are you rea-dyyyy?” yelled Stevie, unnecessarily, his voice sinking in the heat. The sun was blistering that summer, I remember that.

The ball cracked off the bat, and arced into yellow. Rob didn’t move.

“What’s he doing?” said a girlish voice behind me.

Leggy. I’d almost forgotten he was there. The neighbour’s spindly kid had tagged along, all pasty limbs. (“But he’s not in The -” Stevie had begun.)

“Oi!” yelled Leggy at the bowler. “Another point to us!” He punched the air and grinned at me. Stevie was shooting curses down the field.

I jogged over and cuffed Rob with the bat. I hope he hadn’t seen one. Not yet.

“You in this game?” I asked him. He didn’t reply. I followed his gaze, but the fields were bare.

“Hey!” yelled Stevie. “No time for tea and cake, ladies.”

He looked at me. We were separated by more than two feet.

“What are you on about?” asked Leggy, dancing round us.

This wasn’t supposed to happen. We talked about seeing them – everyone did since the rumours started – but he wasn’t meant to actually see one. Not before I did, anyway.

“You imagined it,” I said, in a taut voice. “It was a bird.” A silver pigeon flapped up into the sky, wings cracking like gunshots. I raised my eyebrows. “See?”

“Are we playing this game or what?” called Stevie, out of breath, looking between his brother and me.

“Rob says he saw one,” I said, and Stevie’s eyes narrowed: “Where?”

“It flew into the woods,” said Rob, quietly.

Stevie was shading his eyes at the trees on the horizon. I waited for the sting. But “Let’s see,” he said, instead, and took off.

I turned to Rob with a grin – so we were playing Stevie, then – but he was already running after his brother.

“What did he see?” warbled Leggy as I started to follow. The grass was parched, and crackled, straw-like, under my feet. We ran, strung out unevenly. Ahead, Stevie disappeared into the darkness.

I heard the two of them between the trees, crashing through the hush. There was a sweet smell of pine, and something else.

“Rob -” I called, but he turned and put his finger to his lips. Stevie was transfixed. I felt it, then: a prickle on the skin.

There was something in the clearing.

“Hey -” burst Leggy behind me, and I wheeled round and hit him on the nose. He stopped still. I turned and looked again.

It’s the eyes I remember: kind of silver, but not. They were fixed on Stevie, who looked entranced.

“No!” yelled Rob, and pulled his brother back.

“Go!” I screamed, “Now!” and pushed Leggy, who fell in a tangled sprawl and looked up at me, eyes wide in surprise; and then I felt the slap of branches, the scratch of thorns, the sharp jar of stones under my feet. From far behind us came a kind of howl.

The open field was blinding. I threw up acid. Rob was bent double close by, knuckles white from gripping Stevie, who was staring into nowhere.

After a while, Rob asked, between breaths, “Where’s Leggy?”

We turned and looked back into the gloom. The woods were still and silent. My throat stung, my eyes burned.

We stood there, scraping ragged breath.

“He wasn’t in The Club, anyway,” I said, eventually.

“I swear on my life,” said Stevie, a bead of crimson sliding down his cheek.