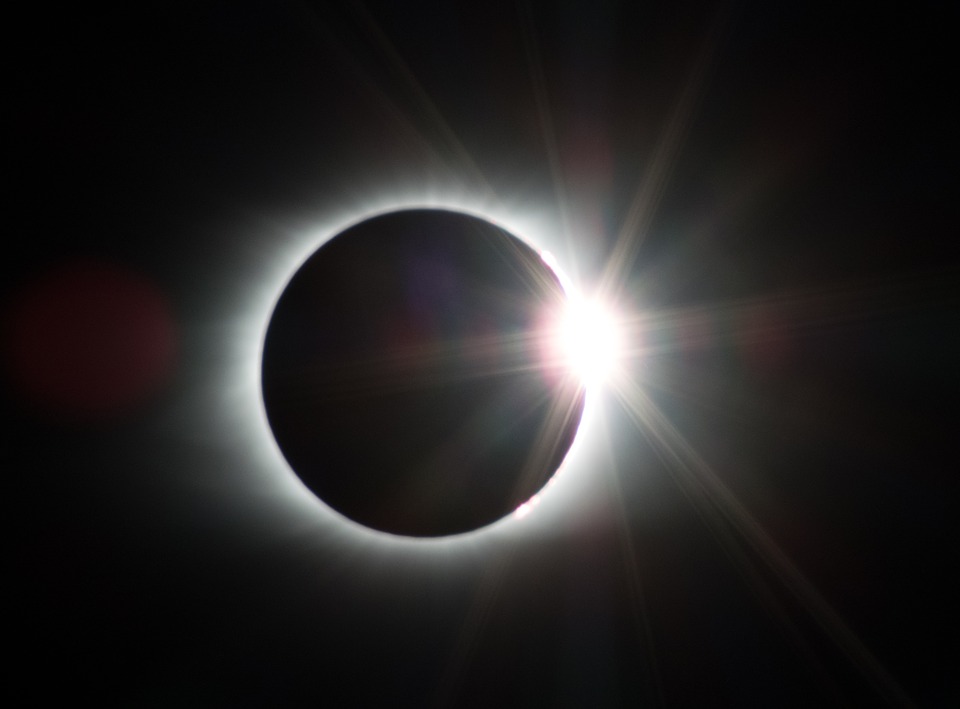 “We’re going to miss it!” squealed Mohammed, face pressed up against the window.

“I’m going as fast as I can!” said Abraham, scrabbling round for dark glasses. “Ready?” he added at the door, and heaved it open. The chill was deathly.

He’s obsessed, thought Abraham, as he crested the hill and looked out. This morning, his brother’s first words had been, “The truth is out there!” followed by a long and rather awkward stare.

The cliff dropped away below them, sliding sheer into the desert.  Up above, the sky was silvering.

Mohammed had clambered up onto a boulder. He waved a high-pitched: “This is it!” and the two of them watched the disc edge into the dazzle. The whole world seemed to pale and fade. Their shadows lengthened, and there was nothing, for a while, but an unearthly silence.

Then Mohammed said, “We used to live up there, you know.”

“Including you,” said Abraham. His mike crackled.

“Where do you think we came from?” said his brother, sweeping round his arm. “This desert?” His suit creaked. “This dry rock?”

Abraham focused on the ball of brilliant blue, suspended against white light.

“You and your conspiracy theories, Mo,” he said.