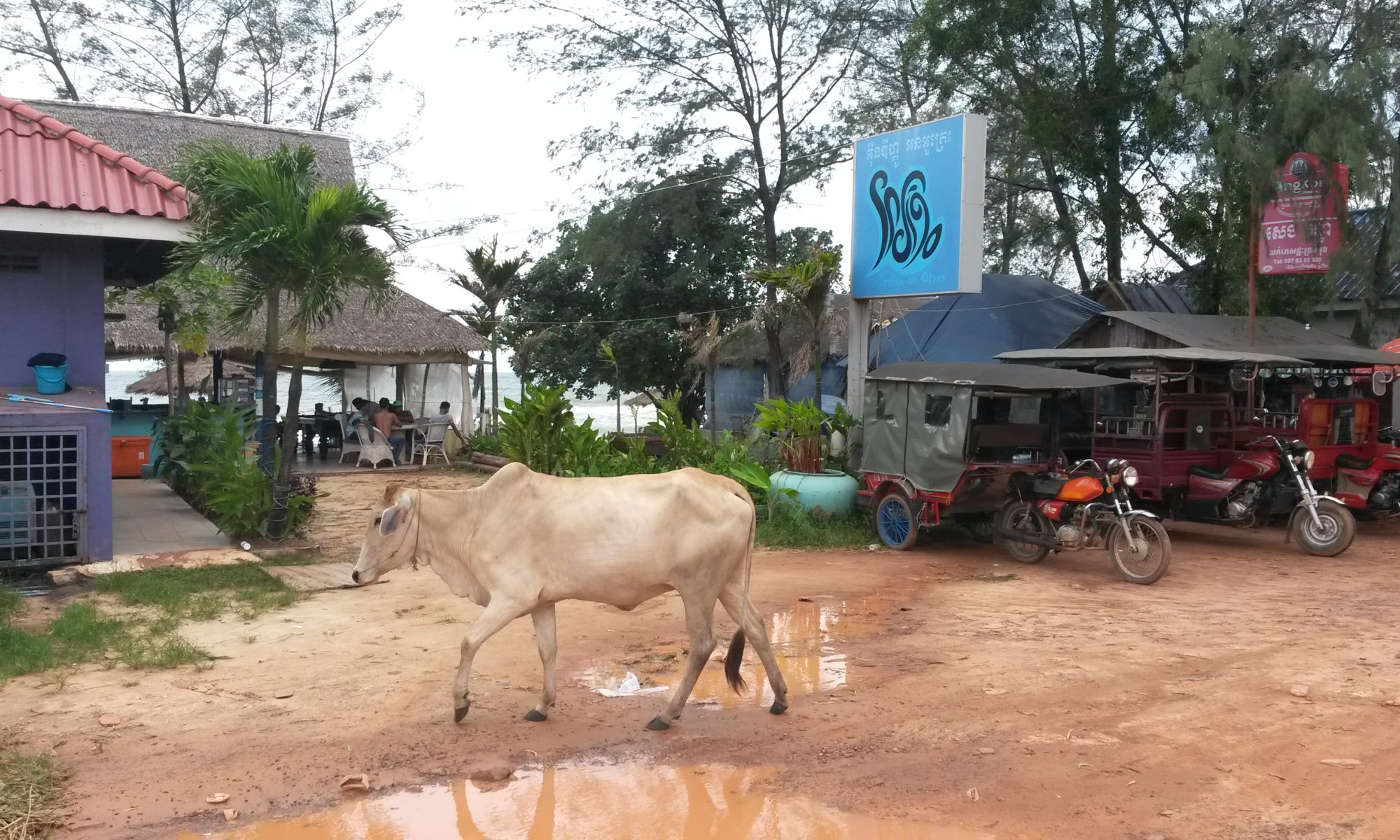 [I belong to an online writing group, and each month we write a story with a theme and a word count. This time, we were asked to write about ‘The Rules‘ in exactly 1000 words.]

The sea was uneasy. I watched the sunset spill across the water and fragment into frothy shards.

Don reached over for his glass, brushed away a mosquito.

“Let’s stay here,” I whispered. “Please,” but my words melted in the heat. I slid down into the rattan chair.

A waiter appeared, barefoot. A westerner. He glanced at Don, twice.

My husband’s fingers tightened white around the glass.

The young man hesitated, cleared his throat. Then he said, “Excuse me, aren’t you… those guys with the little girl? The one who -”

“It is,” I said, to the cicadas, and my voice cracked.

Don stood with a crash, and the waiter fled.

“Let’s go,” my husband said, and before midnight, we were shifting cases, on the move again.

“You know the rules,” said Don.

The car banged over another pothole and I winced. We passed a cow, all bones.

“Never confirm or deny,” I said.

I listened. We rattled round to another stretch of dirty white, another row of straggling palms. Since we’d crossed the border, all the towns had begun to look the same.

“I fancy a fry-up,” said Don, pulling up beside a makeshift motel. A sprinkle of children in rainbowed scraps watched him heave our cases up. My turquoise dress clung to me in dark stains. The steps shivered.

Don always whistled in the shower. I slipped out, and slid down to the beach in the warm light, sinking my toes into the sand. The morning was thick with the smell of salt and coffee. I craved peace, but even here, the sea was whispering.

“Do you blame each other?” one interviewer had asked, a few months afterwards. Don had reached for my hand.

The seawater splashed warm on my feet. Across the shore, a tuk-tuk was ricketing up to a coffee shack. I watched its occupants tumble out, all lithe limbs and honeyed hair: gap year girls, no doubt, and –

It was her in the middle. The blonde one. That toss of the head, those hands. That high shriek of a laugh. I could still hear it as the tuk-tuk rattled on.

Don was sipping coffee on the verandah.

“Where are your shoes?” he asked.

I looked down. My feet were wet, and raw.

“We’ve been through this,” said Don, quietly. “You know she can’t possibly be here.”

Don looked around. There was a boy singing off-key back in the kitchen.

“Where are you going?” he said.

“What’s the second rule?” he called.

He came down the steps after me, and dragged me behind the wall.

“What’s the second rule?” he asked me again. His hand was on my throat.

“Keep a low profile,” I whispered, through my teeth.

He looked at me until I looked away.

There were shacks along the seafront, strewn with broken fairy lights. I asked at each place, heart racing, “Girls? Blonde girls?” but the black-haired women shook their heads. A dog began to tail me, tongue hanging.

After half an hour, the sun was stinging my skin. I asked for an iced coffee, and sank into the shade. The dog stretched out beside me.

There was a squeal, and a flash of honeyed hair: “Cuuuuuuute!”

I bolted up. One of the gap year girls had wrapped her arms around the dog.

“Hey!” She was already yelling for her friends. They were coming over the sand. She was coming. My mouth went dry.

“Helloooooo,” she said, rubbing the dog’s chin. “He yours?”

“Will he fit in my suitcase?” said one of her friends, and she laughed, that shriek.

I tried to drink her in. The silver-grey eyes I remembered: they were Don’s eyes, after all. But then she turned to look at me, straight on, and I saw something I didn’t recall: the blood-red scars that trailed like fireworks along her chest.

“Hey,” she said, “You don’t look too good! Have some water.” She threw me half a bottle and a quizzical look, and followed her friends along the shore. I watched her walk away, my daughter who’d disappeared.

Don was swirling whisky on the verandah. It was late.

I turned around to face the sea and screamed, loud and long, until he walked over and slapped me hard across the face. A couple of heads turned. The boy came out from the kitchen.

“And now we’ll have to leave again,” Don said, clinking the keys.

“You know why not,” said Don, unlocking our door.

“But they never found her,” I whispered.

“You know why not,” Don repeated, lifting the cases. He turned to me. How tired he looked!

I nodded, slowly. He reached for my hand.

I knew. Our daughter had been hard work that day. There’d been screaming, the neighbours told the police afterwards: a child had been screaming. I don’t remember, I’d told Don. I only remembered coming in with the milk, and he’d been standing there, saying, “They took her.”

He’d watched me put the milk away, walk over, and kiss his hand. I breathed in earth.

Then he’d pulled out his phone.