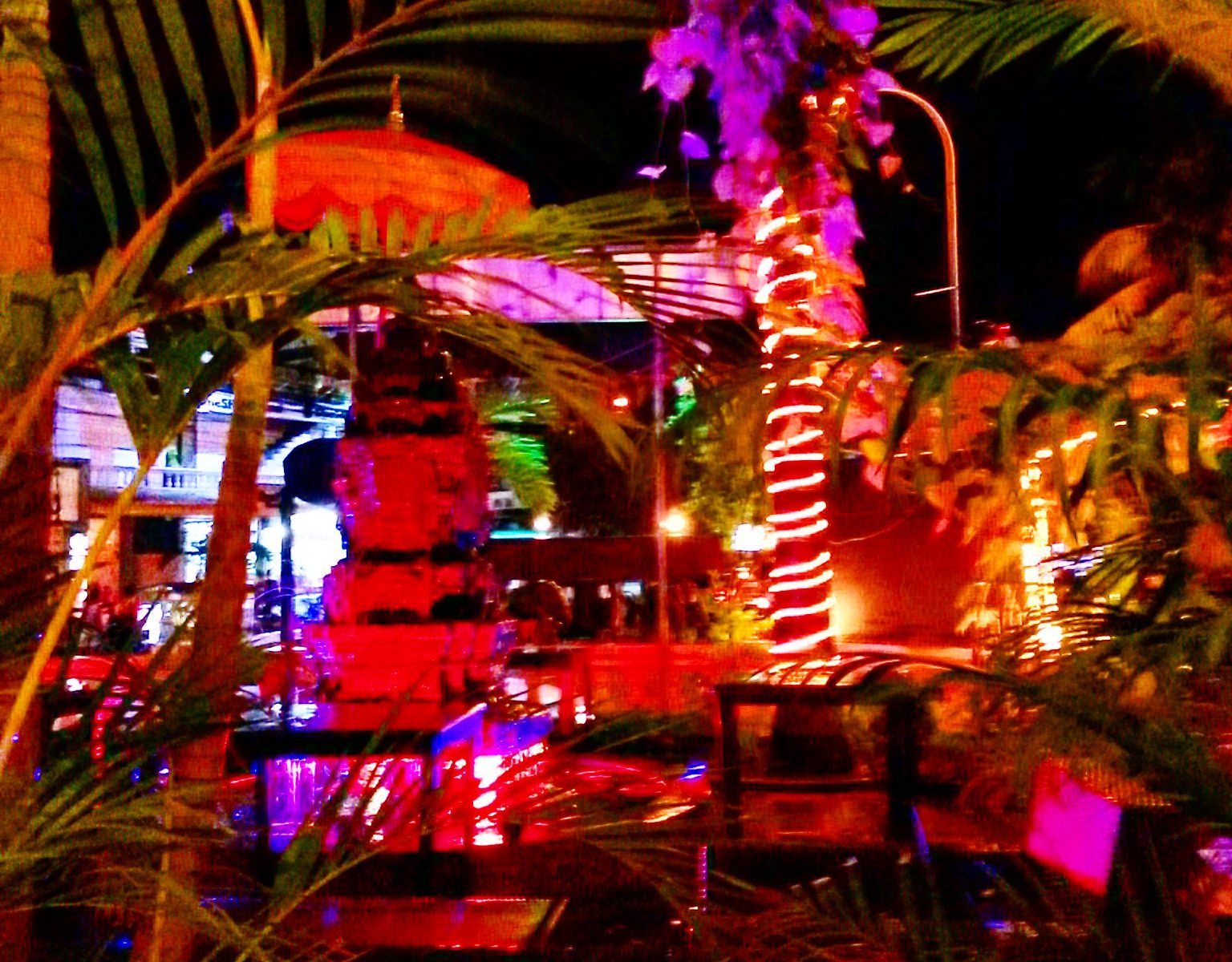 [Update: I’m delighted to say that my story below has just been published in the glossy print May 2017 edition of Wanderlust magazine, so I’m bumping it back up the blog!]

“You have wrong visa!” shouted my new boss down the phone.

Jet-lagged, culture-shocked, and helpless in the heat, this was not what I wanted to hear. I’d come to Cambodia to teach, but I was already questioning a country that had a) no pavements and b) frogs for lunch.

“What do I do?” I asked, chasing an unknown creature under my hotel bed.

“Leave country and come back in,” she said, and hung up. Then all the lights went out.

So I was hurtling back towards the Thai border in a taxi with Chamnan, an uncle-of-a-friend-of-the-receptionist, who liked to challenge himself on the long straight slice of what passed for a road by playing “dodge the tuktuk” at speed. We rattled over scorched earth, dotted with pools of muddy water, like bowls of lemongrass soup.

“Fry crickets?” asked Chamnan hopefully as we screeched round a few stray dogs, “We stop for fry crickets?” but then we drove straight into a cloud of chaotic dust which turned out to be the border town.

His taxi vanished with a screech, and I was alone in pavement-less Poi Pet, a ramshackle assortment of sixties blocks (over on the Thai side) and shacks (on the Cambodian side). There was a blare of casinos and a sizzle of barbecues. A whole family rode by on a moped, expressionless.

“Lady!” whooped a young man, melting from the shadows, “Lady, where you go?”

I headed determinedly for the border crossing. It looked like a stable.

“You go Bangkok?” hissed another guy, leaping in front of me. “You pay, I help, OK?”

“She need new visa!” they echoed as I was fingerprinted out of Cambodia. I also needed the loo, but wasn’t in luck (the only toilet in Thailand was occupied by a young man hacking up the floor tiles, who looked at me and said woefully, “Toilet close.”)

“You!” yelled an official at Thai emigration as I was queueing to leave again, “Foreigner!”

He peered at my passport for a long time, and then informed me, over his spectacles: “You need new visa.”

“Yes!” I said, delighted; but he was pointing to the Friendship Bridge leading back to Cambodia, which was crawling with catcallers. I slipped through them to cross it, and a few steps in, turned to find one up close, his face swathed in orange silk, ransacking my backpack. I grabbed it back – he snarled – and I limped over the finishing line to Cambodian immigration. They were playing cards.

“You!” said one uniformed man, standing up. “You want new visa.”

“Man under arch,” he said gravely, and sat down again.

I wandered out into the tuktuks and turkeys, but could only find a casino, guarded by  a grim-eyed bouncer.

“Excuse me,” I asked him, disorientated, “I need a new visa.”

“Visa?” he repeated, but “There! There!” shouted a small boy, pointing to a shack next to a fruit stall, where a lone man in khaki sat with a zen expression.

I took a deep breath, but he’d seen me coming. Without a word, he took my passport and, beckoning, all my cash, and then climbed onto a moped, kicked it, and sailed off into the sun. I watched him disappear in a tangle of tuktuks, my life in his pocket, and sat down on a red plastic chair, at a loss. The woman on the fruit stall watched me silently.

The sun slipped a little in the sky.

And then he was back – I flipped the pages, and there it was: a shiny new visa stamped with “Employment Permitted”. I’ve rarely been so happy to see anything in my life. After yelling in delight, I kissed my passport, and called Chamnan, who pulled up in a screech of brakes yelling, “Get in! Get in!”

I clutched my passport – and the seat – all the rattly way back. My boss phoned, and asked, “Did you get the – “