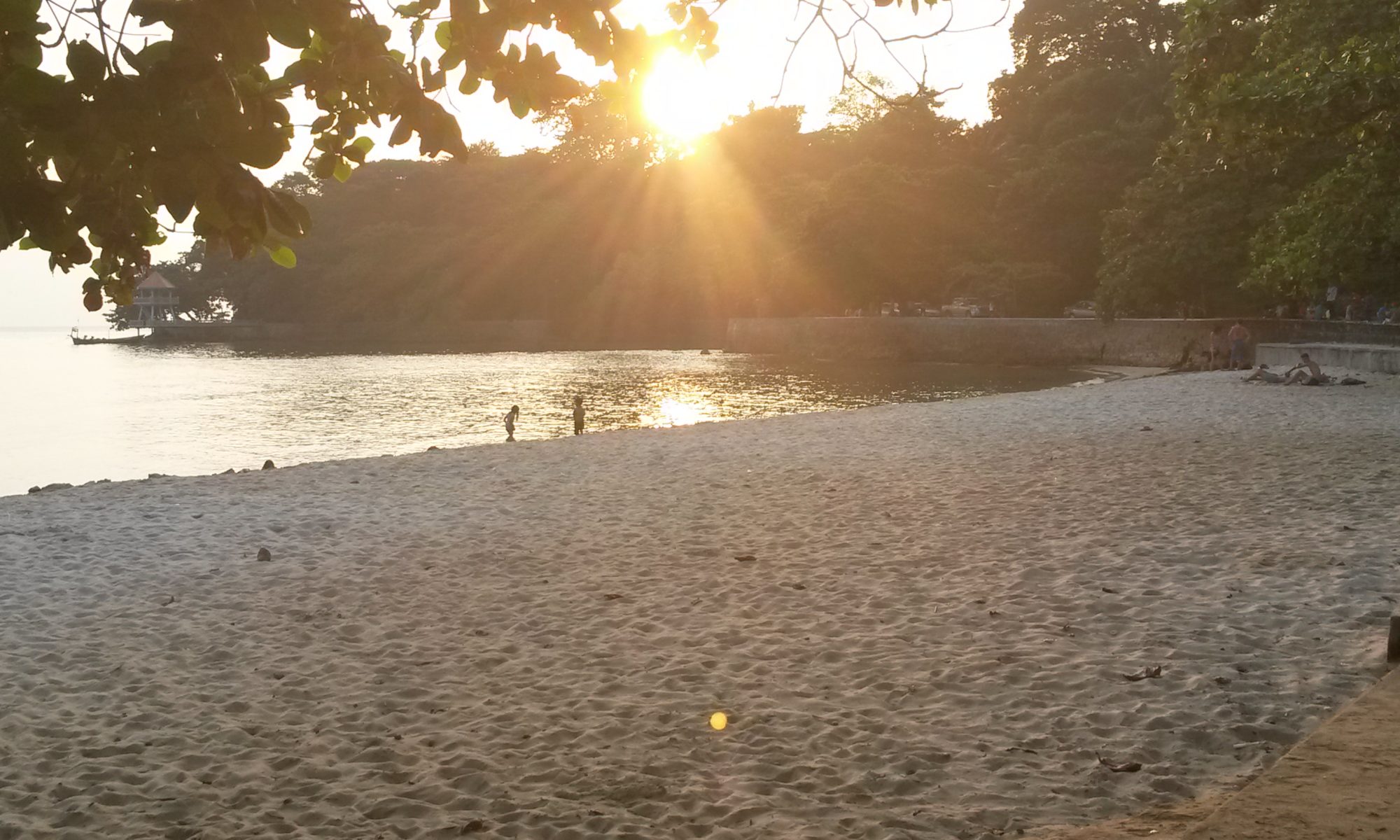 There’s a girl running through the rapeseed in the yellow afternoon. Jenny always loses at tig because I’m three years older than her.

“It’s not fair!” she yells when I leap on her back and we crash to the ground. “You really hurt me this time, Olivia!”

My sister rubs her arm in surprise.

“I don’t know why we always have to play this,” says Jenny, standing up and dusting off. “It’s too hot. Why is it always ho-ot?”

She always gets like this after too long in the sun.

She sticks her tongue out at me.

(I learnt this last week off Heidi Grant.)

There’s no reply. I look up, and my little sister’s gone, running off towards the trees.

I set off after her but I hit a stone and go flying and by the time I’ve got back on my feet, Jenny is nowhere to be seen. I have to find her. I have to stop her going in the woods. I told her they were haunted.

But I said no. I knew I’d be the one carrying her out when she started crying.)

I stop at the edge of the woods, out of breath. There’s a dark silence ahead, and something else. I can hear a creaking sound.

“Jenny!” I call quietly. There she is – she’s found a branch and is swinging from it, both hands above her.

“Heeey!” she calls, jumping down with a muddy splat.

I put my fingers to my lips.

“What?” she asks, looking round.

“It’s not haunted,” she says, picking up a stick and waving it in the gloom. “Ghosts! Reveal yourselves!”

“Well, I have to say I’m quite disappointed,” she says in a voice she got off TV, and begins doing fencing motions at me with the stick. “Let’s have a sword fight! Get a stick.”

“Let’s go back in the sunshine,” I plead.

I’m pulling a very good stick out of a pile when I look up to see Jenny walking over to the brambles, very determined. I yell her name. She looks at me and stops.

She looks straight at me.

“You know why not,” I tell her quietly.

She hesitates, and then carries on walking.

I scramble over the mud to pull her away.

“No,” she says, wrestling with me, “I want to see! I want to see!” and I’m yelling back at her when we hear something else from somewhere else, deeper in the woods. We both stop still. Jenny looks at me, eyes wide.

“Up here, up here,” I tell her, and we are scrambling up instead of out, twigs scratching, thorns pricking my palm.

“Here, here, here,” I say, patting the branch next to me, and we sit with our legs overhanging the clearing, noisily out of breath. I feel a small, cold hand in mine.

“It’s him!” squeals Jenny, and ducks down.

The dog comes crashing in, bright-eyed. The man comes after, calling.

“Is it him?” asks Jenny from behind her hands.

“It’s not him,” I tell her, but I don’t know why they’re here. Nobody ever comes up here.

The man is calling the dog over, but the dog is making a beeline for the brambles. I take a sudden sharp breath.

The dog – I think it’s a he – is digging around in the brambles now, and making a sad kind of noise. The man has followed him over, all out of breath too.

Jenny lets out a small moan next to me.

The man stands up and shouts.

“His wife is coming,” I whisper. “With her children.”

“No, keep the boys away,” calls the man below us, and I watch him and his wife, who has a very pretty necklace, crouching down, looking. When the woman stands up, she’s crying.

“What is it?” shouts one of the boys, his mouth full of crisps.

“Is it them girls?” shouts his brother.

The man is trying to call someone. I let go of Jenny to lean forward and listen but I can’t hear what he’s saying.

“Jenny,” I say in a whisper. “Jenny. They’ve found you,” but there’s no answer, and when I look round, she’s gone.

I stay in the tree for a long time, watching everyone come and go. When the policemen start carrying things away, I scratch pictures in the tree bark. And then it all goes quiet, so I climb down.

“Jenny?” I call, softly at first, and then louder, into the woods. I start shouting her name over and over again, but there’s no reply, and then I have to stop because I have no voice left.

There’s a girl running through the rape seed in the yellow afternoon. It’s me. Playing on my own.