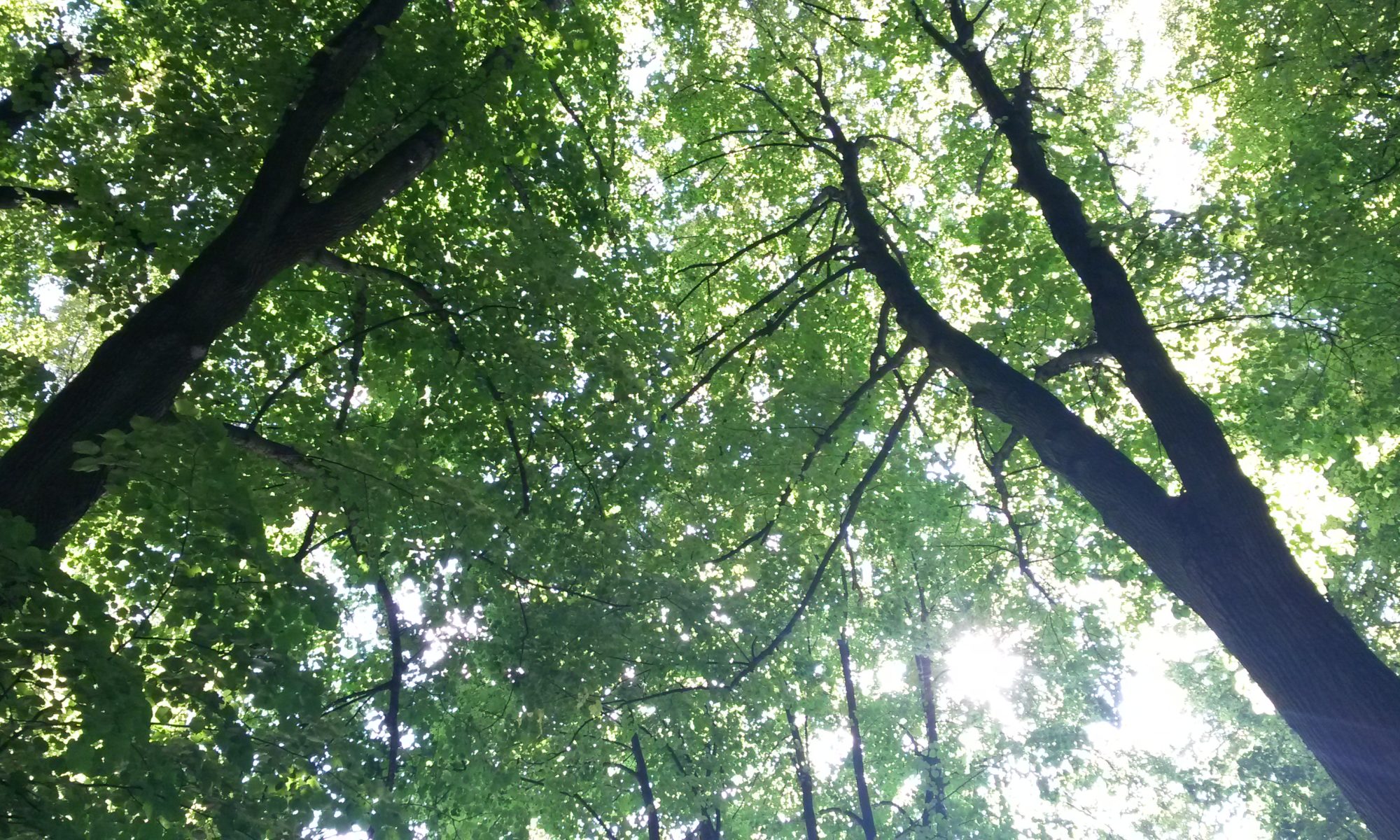 It would always throw people when we told them. The four of us – my sister and I, and the two boys – spent all our school holidays together, and we all had dark hair. So when people asked if my “brothers” wanted an ice cream too, I’d have to take a deep breath and explain – in the long-suffering way that only a ten-year-old can – that they weren’t actually my “brothers” but my “second cousins once removed”. Typically, the reaction would be one of deep befuddlement (particularly from other children: “removed from what??”) Meanwhile, anyone vaguely familiar with the workings of kinship would hazard tentatively, “But if they’re once removed…why are they the same age as you?” (If you can guess why we were all more or less the same age, check your answer at Age is just a number.)

So this article is an attempt to help you fathom out your family tree, or at least the lower branches. First, though, let’s look at the pedigree of the word cousin itself.

Distant ancestors of the word cousin

English is sometimes irritatingly vague when it comes to kinship terminology, even within fairly close family relationships. I can’t tell (without more context) if your brother-in-law is your sibling’s spouse or your spouse’s sibling. We can say, for example, “aunt-by-marriage” or “paternal grandfather”, but those precise terms aren’t common in everyday speech. We accord our parents’ siblings and our siblings’ children special status (uncles and aunts, nephews and nieces) but beyond that we rely on a single catch-all term which is mysteriously ambiguous when it comes to age, sex, degree, or side of the family: cousin.

It wasn’t always like this, however. Old English (spoken in England until about 1150) had several phrases to describe first cousin relationships more precisely, among them fæderan sunu for father’s brother’s son, and mōdrigan sunu for mother’s sister’s son. These phrases soon died out in Middle English. According to the Oxford English Dictionary (OED), our word cousin first appeared in Middle English as cosin, from the French cousin (which is the term still used in modern French today). The French word had developed from the Latin consobrinus, which originally meant the more specific “mother’s sister’s son”.

Cousin with the specific meaning of “the son or daughter of (one’s) uncle or aunt)” (i.e. first cousin) is attested in English at the end of the thirteenth century, while cousin-german – a now old-fashioned term for the same thing – is first attested in the fourteenth century, before competing with and then seemingly losing out to the slightly more modern first cousin, which appears in English written text from the second half of the seventeenth century onwards.

Who is my first cousin once removed?

Most people can identify their first cousins: the children of their parents’ brothers and sisters. Many, however, are hazy about any further familial connections, and a quick online search shows that people are often confused over kinship terms. A common query, for instance, is over the difference between a first cousin once removed and a second cousin. To try and resolve this particular issue, let’s take a look at an extremely conventional (and at the same time slightly odd) fictional family, headed by Anne and Gilbert; their two children, siblings Peter and Jane; and their two grandchildren, Tom and Hermione:

Tom and Hermione belong to the same generation; as children of siblings, they are first cousins. So far, so good: first cousin relationships are usually fairly straightforward to work out, since most people can identify their aunts and uncles with relative ease, if you’ll excuse the pun.

Then, one day, Tom has news:

As the chart shows, your first cousin once removed can be either:

– your first cousins’ child, or

To resolve this potential ambiguity, some genealogists would further refine the wording by saying that Hermione is Alice’s first cousin once removed ascending, or upwards, while Alice is Hermione’s first cousin once removed descending, or downwards. (Other genealogists support an alternative system altogether where relations are completely asymmetrical, but I will leave that for you to explore.)

Before we move on to second cousins, let’s take a quick look at that peculiar word removed. It’s been used in this sense since at least 1548, according to the OED, but for many English speakers it may carry subliminally negative overtones. The Oxford Thesaurus of English, for example, throws up synonyms ranging from disconnected and remote to foreign, alien, and (ironically) unrelated to. The Oxford English Corpus indicates that removal is a forceful process: the most frequent collocations of remove show that figures of authority (police, government, doctors, surgeons, officers) remove troublesome objects (barriers, materials, tumors, obstacles, restrictions, threats) so that we can get on with our lives unhindered by such hurdles.  Who knows – perhaps our own terminology could be partly responsible for that lack of familiarity many of us can feel towards our extended family, at least in the English-speaking world? Spanish speakers refer to their first cousin once removed descending as their sobrino/a en segundo grado or “second degree nephew/niece”, while French speakers use the warmer-sounding petit cousin(e) or “little cousin” for the same thing, which may lend a more tender feeling to the relationship.

What is a second cousin?

But back to the difference between first cousins once removed and second cousins. That’s where Hermione helps us out, as a short while later she has a new baby son, Charlie:

Alice and Charlie belong to the same generation: as children of first cousins, they are second cousins. So it follows that your second cousin is:

– the child of your parent’s first cousin

Age is just a number

It’s worth remembering that age is irrelevant when working out degrees of relationship. In theory, twenty years or more could separate Alice and Charlie and yet they would still be the same generation, albeit out of step in life events. This situation is more common in very large families where there can be a significant difference in age between the eldest and youngest child, and in fact this explains why our second cousins once removed were the same age as we were: their father was two decades younger than his first cousin (my grandfather).

By now, you can see that first cousins, second cousins, and so on belong to the same generation, while cousins across different generations are removed from each other by one or more generations. And if you’re wondering where twice removed comes in, then imagine the relationship between Alice’s future daughter, Lyra, and her cousin Hermione. They are still first cousins but separated by two generations, and are therefore first cousins twice removed.

Since the criss-crossing, zigzagging pattern above continues to weave on through the generations like a genealogical helix, any future kinships can be mathematically worked out. So here is the test (answers at the bottom of the page):

Leap two decades into the future, where Alice has a daughter called Lyra

1) What relationship is Lyra to Charlie?

2) Not long afterwards, Charlie has a son he calls Harry. What is the relationship between Harry and Lyra?

And if you thought that was complicated…

Speakers of other European languages tell me that in practice, they don’t tend to use precise kinship terms when talking about their relatives, but generalize with catch-all terms such as Großcousin(e) (“great-cousin”) in German (regarded by some as colloquial), or cousin(e) éloignée(e) (“distant cousin”) in French.

Other cultures, however, can be much more specific. Anthropologists have identified at least ten different kinship systems in use around the world; the simplest of these, the Hawaiian system, makes no distinction between siblings and cousins, while the most complex, the Sudanese, has a different name for each individual on the family tree. There are different words for aunt and uncle depending on whether they are related by blood or marriage; specific terms for in-laws depending on age; and different words for grandchildren depending on lineage. The Chinese dictionary entry shows in more detail that our simple cousin can be translated in at least eight different ways, not just according to whether the cousin is male or female, but also whether they are on the father’s or mother’s side, and whether they are older or younger than the speaker.

Perhaps our generic word cousin is quite handy, after all.

1)  Lyra and Charlie are second cousins once removed.

2) Harry and Lyra are third cousins.

This article was originally published as What is a second cousin? And other cousin questions on the Oxford Dictionaries blog, OxfordWords, on August 30 2013